DallasSeminars.com is a training and development company based in Dallas, Texas.

We’re a division of Skill Builder Seminars LLC, a privately held company based in Texas. We offer customized training on a variety of business topics including

Our mission is to provide world-class strategies for personal and professional quantum leaps.

Our curriculums are different than those of any other seminar or training organization anywhere in the world. They are built from extensive behavioral modeling projects. We’ve modeled extraordinary executives, managers, entrepreneurs, and athletes and bring their winning formulas to our seminar attendees and coaching students.

We  specialize in unique programs for small business owners and entrepreneurs.  Our team is a hand-picked group of the best trainers and coaches in the greater Dallas Texas area. 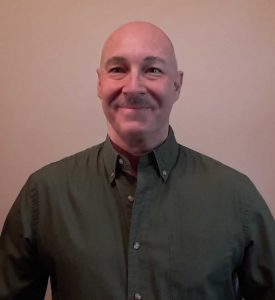 Alexander’s unique combination of business savvy and NLP behavioral modeling make him a veritable goldmine of resources for business owners and entrepreneurs.

After spending 2 years learning how to ‘model something’ with NLP, Alexander conducted his first behavioral modeling project in 1997. Determined to elicit the structure of creativity in detail, he read Leonardo da Vinci’s notebooks every single day for two years while eliciting Walt Disney’s actual creative process and studying Peter Drucker’s concepts on innovation.

The project loosed a flood of creative ideas. He has conducted formal ongoing behavioral modeling projects ever since. Over the next several years he elicited and created over 200 original patterns of excellence and models.

He’s modeled the delegation strategy of a senior executive at the Jet Propulsion Laboratory, the marketing secrets of famous internet marketers, the comeback pattern of Andre Agassi, the mental toughness of Navy Seals and world class athletes, the communication techniques of top investment bankers, the methods of salespeople earning over $600,000 a year in take home pay, and many more.

Applying what he’d learned from his modeling projects, he decided to grow one of his companies in April of 2008, right at the start of the economic recession. The business grew from a dining room table to five employees in less than 2 years. He then leveraged out of the company by automating all its processes. The passive income from his business-turned-asset made him financially free.

Alexander has been a featured presenter at the Stanford Executive Program Graduate School of Business at Stanford University.

In 2002 he was hired by the Bluegreen Land & Golf Corporation to behaviorally model their top salespeople and referral getters. Some of their sales people went on to earn over a million dollars a year in take-home commission for the first time in the company’s history.